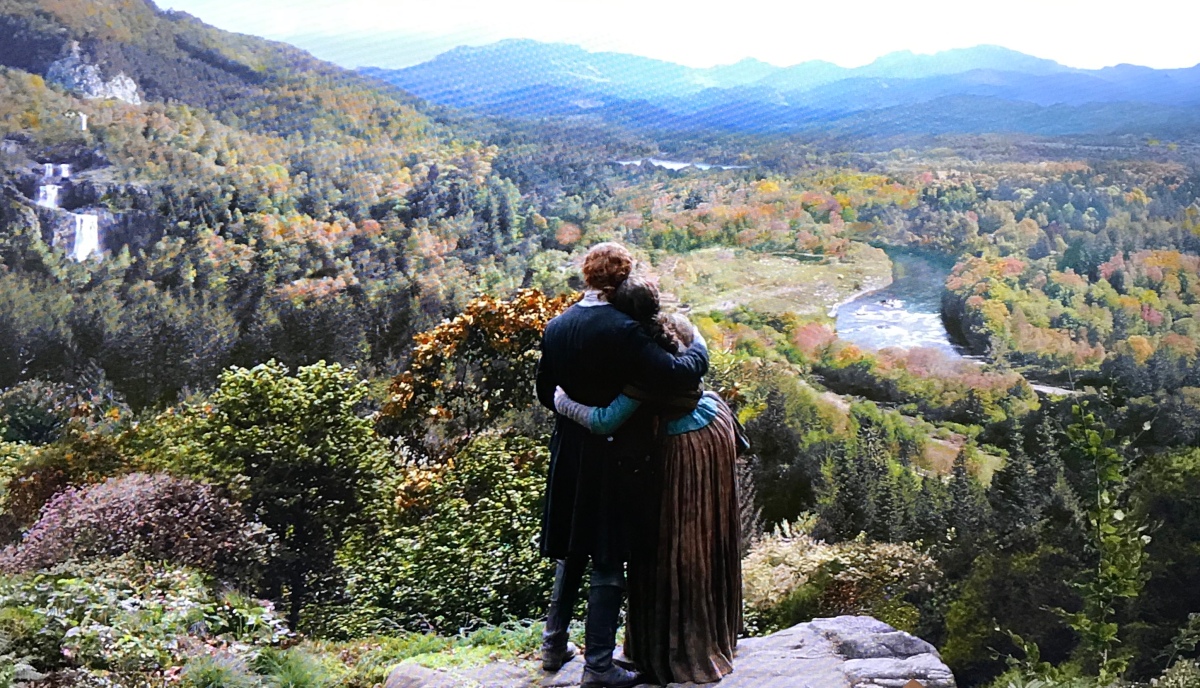 Roger is heading to America to go after Brianna and to attend a Scottish festival. It seems like it has been a bit of time since they have truly connected and his love for her is propelling him to make this quest.

Jamie and Claire are still dealing with the events that transpired last week and have told Jocasta that they will be moving on and Jocasta is going to set her nephew up as best as she can as they set off to create their new lives. Ian just does not want to go back to Scotland after all that he has seen and been through and he has convinced Jamie of his decision.

Jocasta and Claire have a talk prior to setting off and Jocasta tells her that she screwed up his future. Claire is pissed about this. However, Jocasta knows what Jamie is capable of. This conversation is revisited by Claire when she and Jaime are taking a break due to a storm. She tells him of the pursuit of happiness and he says he does what he does for those he loves and that is all that matters.

When a clap of thunder scares their mule, Claire goes after it. She forgets that they are in Native American territory. Then the mule returns and there is no Claire, Jamie starts to worry. We see that her horse was frightened and she fell and knocked herself out as she hit the ground. She comes to and manages to find cover, but she becomes frightened when she sees a local /ghost approach her. He wears the stone that she found by a skull. His skull.

When morning breaks, Claire cannot find her shoes and as she searches, she sees that she has been visited by someone who may have stolen her shoes. She goes off and finds her Jamie and her missing shoes??? Did the Ghost lead them to one another? When Claire cleans the skull, she sees that the Native American had a silver filling. They realize that that Native American is a time traveler, but who is he?

Due to a patch of strawberries, the Frasers have found their patch of green to call home aka Fraser’s Ridge and it is a beautiful piece of land.

Brianna picks up Roger and the romantic tête-à-tête begins as they are on a hunt for Claire and Jamie. When at a Scottish festival in North Carolina. She is reveling in learning this and that about her culture as they spin further into love. Then she throws herself at him and he proposes to her. She tells him that she is not ready and tat is crushing him. She tells him that she wants him. He does not want to bed her if she does not want to wed him. Well…they have it out and he leaves in a huff as he has been rebuked by the one woman he loves. At a clan burning of the stag event, they end their romance.

Next: Common Ground – Having been led by providence to Fraser’s Ridge, Jamie, Claire and Young Ian begin to build a home in the Blue Ridge Mountains. In the 20th Century, Roger tries to reconnect with Brianna.

This site uses Akismet to reduce spam. Learn how your comment data is processed.

August 8, 2018 – Crazy Rich Asians – Kevin Kwan’s best seller was turned into a fun, romantic, familial dramedy, that was filled with a lot of insight into what classist Asian families and Asian Society expects and demands of their offspring.

Following your hearts desire is not top of mind. Take over your parent’s businesses, be religious, be on Vogue, and marry for family’s sake is the key to surviving.

Actually, many of the theater goers in tonight’s showing were in full blown tears during some key scenes. So, it did strike a chord with many.

Back to the movie. It was the women that stole the movie.

From Rachel Chu’s resiliency, to Astrid’s fragility and resolve, to Eleanor’s protectiveness of her family, and to Peik Lin being the BFF we all need in our lives. They all showed us the expectations, sacrifices, challenges, and pitfalls of being in a well-to-do family.

Like any movie that revolves a girl and a boy who come up against adversity after adversity, you just end up cheering them on to the very end.

Should you watch it? Yes!

A great story and great acting make this a must see!

I will even buy it when it comes out for digital download!